Compared with the Original Godox S Type Bracket, the Godox S2 Bracket fits More Flashes such as Godox V1 Round Head Speedlite AD200Pro AD400Pro AD200 V860II Series TT685 Series TT600 Series TT350 Series. The Godox S2 Speedlite Bracket for Bowens lets you to maximize the potential of your on-camera flash while allowing you to use Bowens accessories. The bracket supports your flash either vertically or horizontally, employing non-scratching, light pressure rather than touch-fasteners or tape. Light modifiers such as reflectors, softboxes and snoots mount to the front of the bracket as they would on a Bowens flash head. 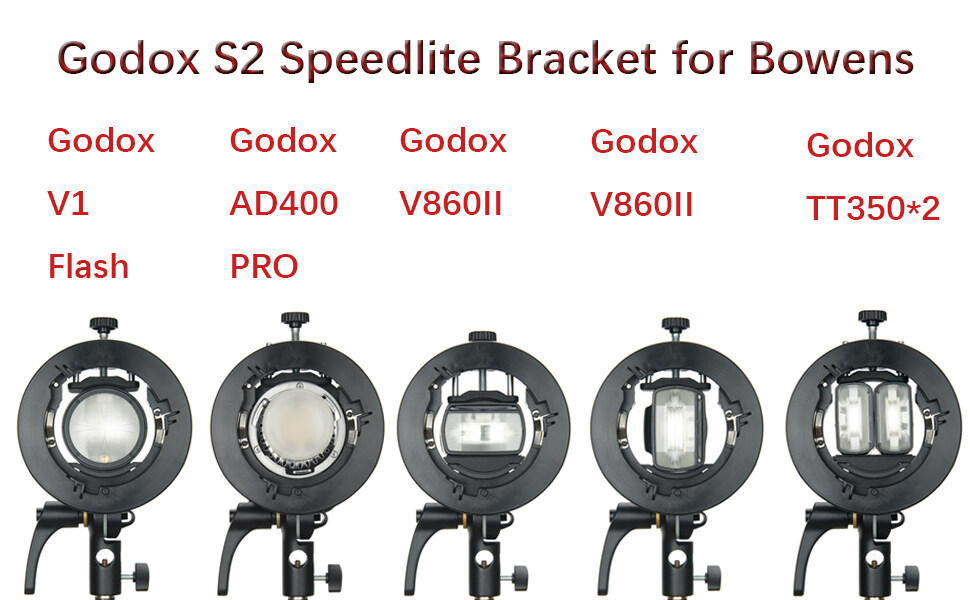 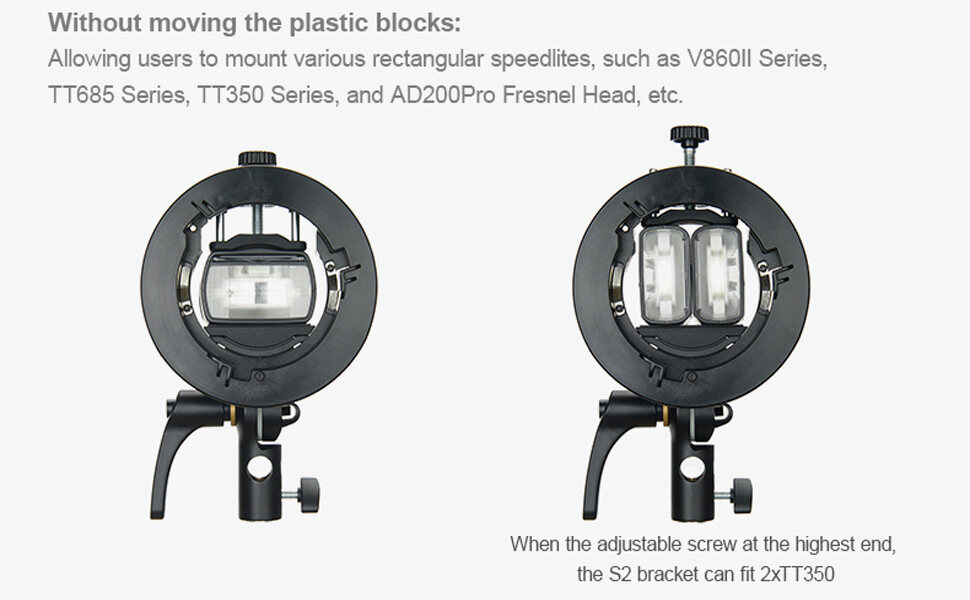 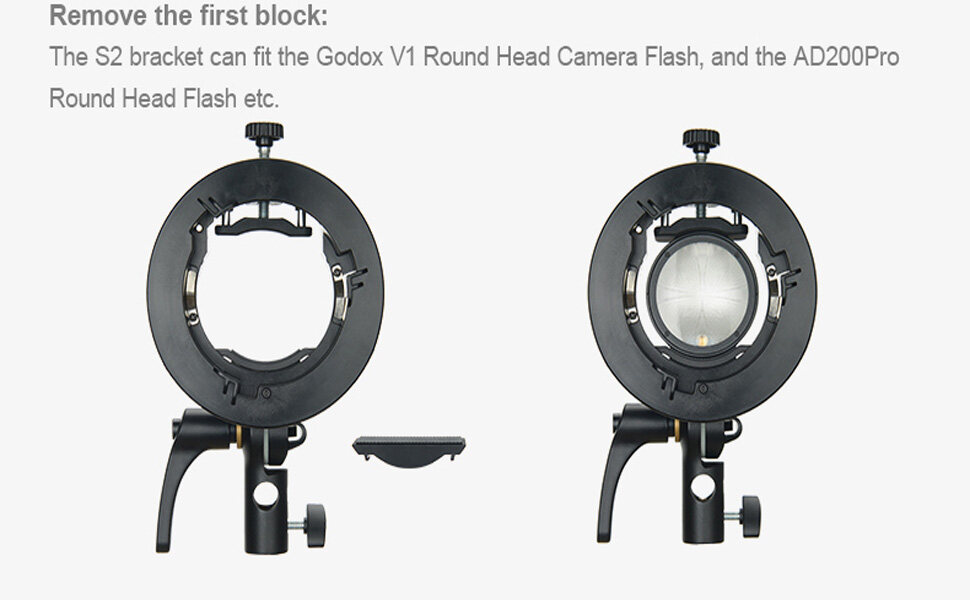 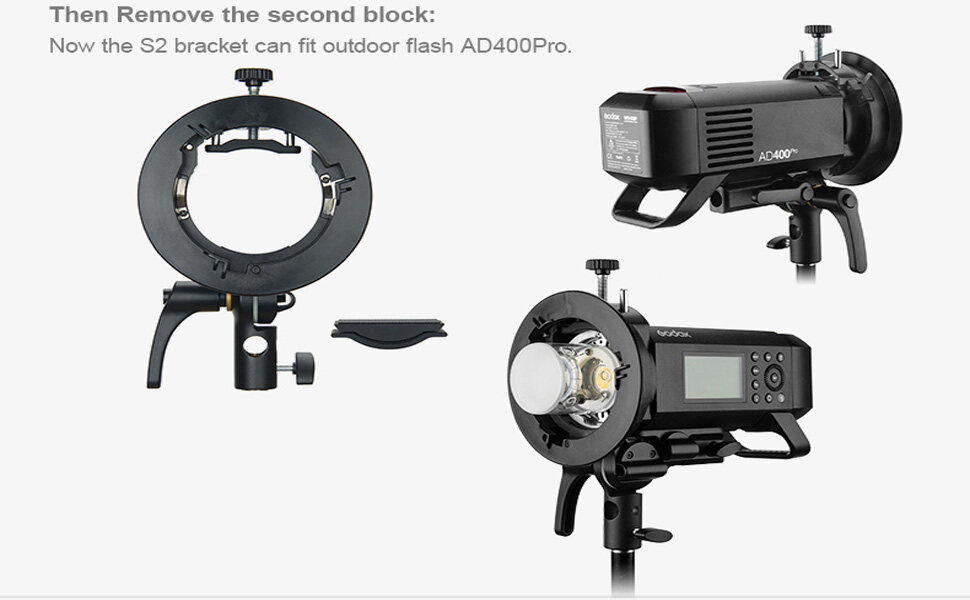