The iQ7 from Zoom is a compact mid-side stereo condenser microphone for Lightning-equipped iOS devices. It allows for up to 48 kHz/16-bit, mono-compatible audio tracking and is ideal for recording live concerts, ENG, videos and more.

The iQ7 features a rotating capsule that enables it to be used vertically or horizontally with your iOS device. This allows you to record video with your device situated in either standard or landscape positions while ensuring that the audio is recorded with the correct left-right stereo orientation.

The mic contains two elements including a directional "mid" mic that captures audio coming from the front, and a bidirectional "side" mic that picks up ambient sounds from the sides. The stereo width can be set to either 90° or 120°, or you can record the mid and side mic signals as raw data and use Zoom's Handy Recorder iOS app to adjust the stereo width after the fact. The app also allows you to collapse the signal into phase-coherent mono, ideal for voice recordings such as interviews.

The input gain can be adjusted using the large, mic gain wheel on the front of the unit, while you monitor your levels using the 3-segment LED. The iQ7 also features a dedicated 3.5mm headphone jack, enabling direct monitoring during both recording and playback. The headphone output can also be used as a line out for making a backup recording if desired.

The iQ7 comes with a removable spacer that allows it to be used with most iPhone, iPad, and iPod cases. The mic is compatible with Zoom's free Handy Recorder app, which gives you the option to record as PCM or AAC files, and offers effects such as compression, EQ, and reverb. Additionally, it will work with Apple's Voice Memo app and GarageBand, as well as most apps that support input from an external microphone.

Zoom Handy Recorder App
Zoom's free Handy Recorder app, available from the iTunes App Store, adds a wealth of audio tools to your iOS device. Overdub to the stereo recordings created with your iQ7. Perform fine editing functions in its waveform display. Save your files in either linear PCM or AAC file formats. Apply onboard effects such as compression, EQ and reverb to further enhance the sound. Handy Recorder even allows you to email the audio you create and to upload it to SoundCloud for sharing with the world 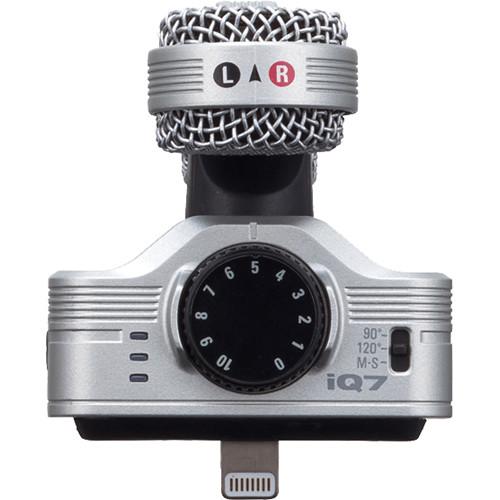 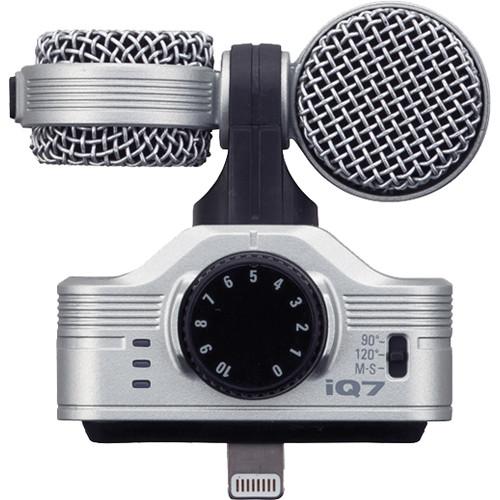 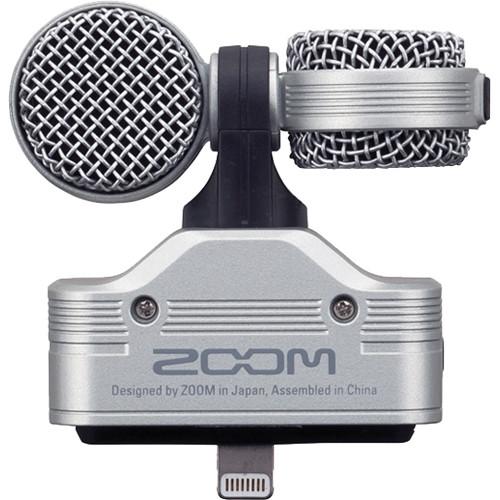 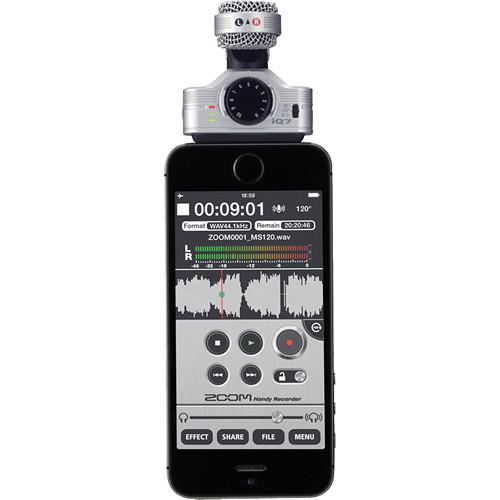 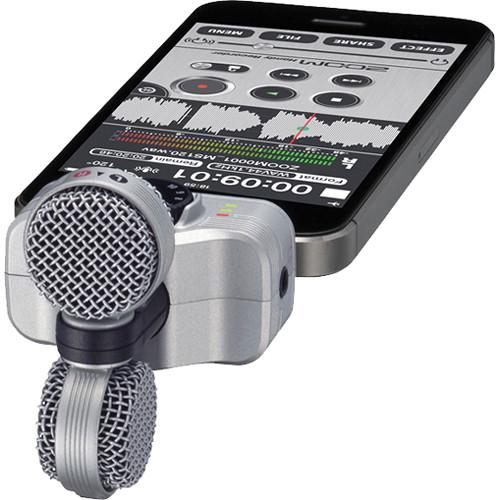 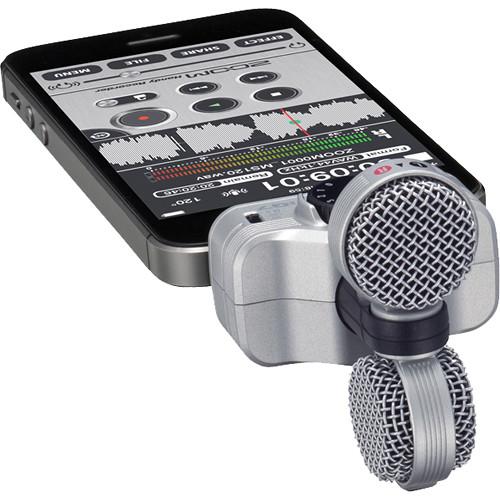 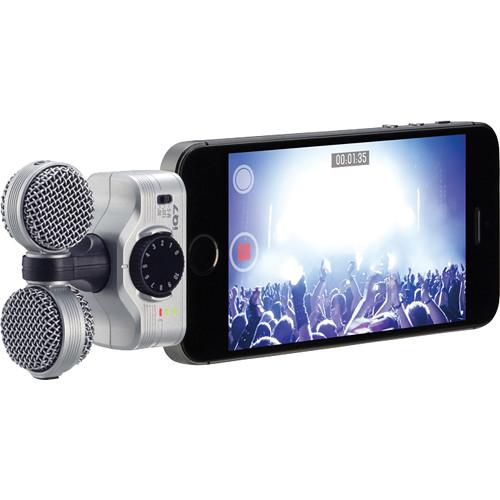 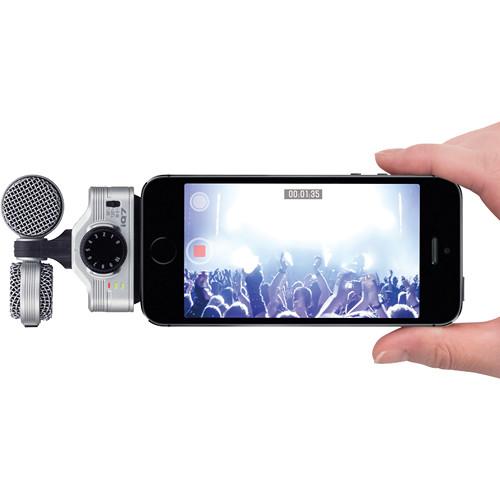 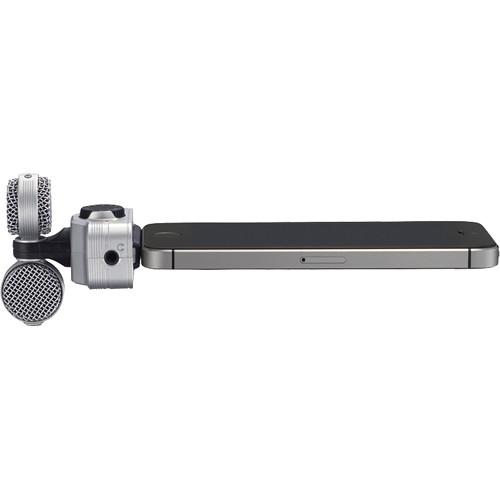 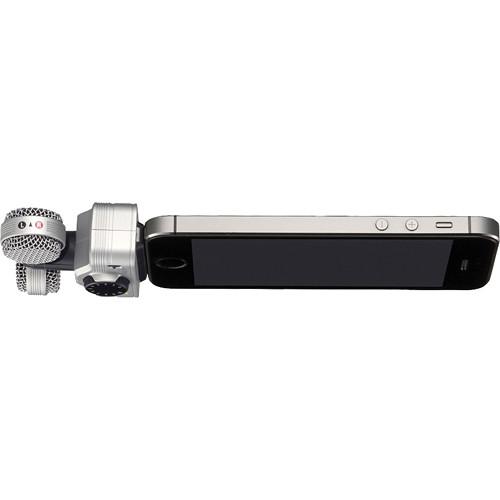 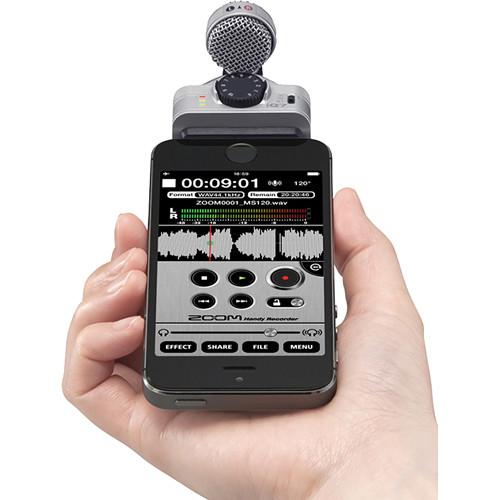 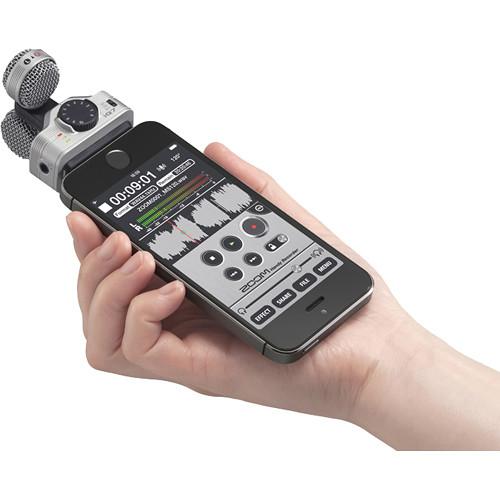