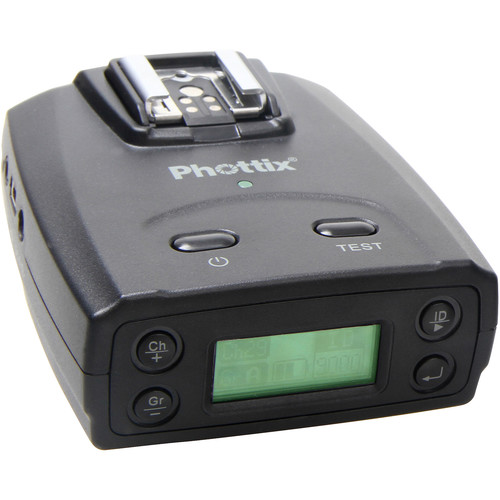 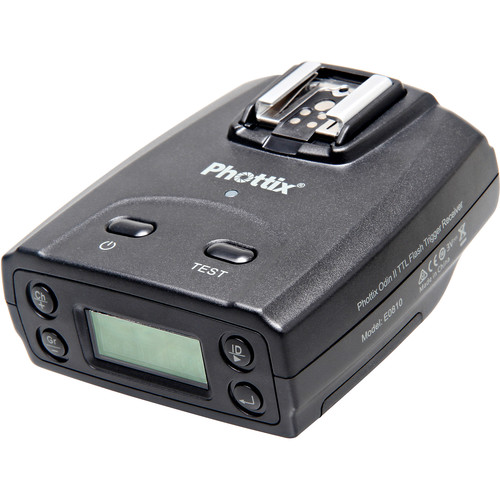 
Realize the full potential of your flash setup by adding wireless triggering and control with the Phottix Odin II TTL Flash Trigger Receiver. Compatible with Canon's E-TTL / E-TTL II flash system and equipped with a 2.4 GHz radio system, the Odin II receiver can be used to integrate shoe-mounted flashes and studio strobes into your setup and can be triggered by the original Odin receiver or Mitros+ flash at distances up to 328'. To further benefit users, it can be used in a multi-system setup that involve Odin TTL, Strato, and Strato II receivers as well as Mitros+, Indra360, and Indra 500 lights. A major improvement over the previous model is an expansion of channels and the introduction of the Digital ID which gives further control over channels 5-32 to eliminate interference with other systems.

Embracing TTL communication between the camera and flash, automatic exposures can easily be made and more advanced users can take advantage of manual power and zoom control to dial in the exact look they need. Using the five groups, users can also control different groups and flashes with varying settings as well as mix and match TTL and manual units. All of this is easily accessed via the large LCD screen along with buttons for adjusting settings.

Additional features include both high-speed sync for TTL flashes as well as the proprietary OverDrive Sync mode for manual studio strobes, both of which allow users to work at shutter speeds up to 1/8000 second. Also, users will be able to remotely control the modeling light of their Indra TTL strobes as well as use an AF assist light when needed. And, it has a mini-USB port for firmware updates as well as a 3.5mm sync port and a 5 VDC power port. It can also run on two AA batteries.