The Meike is a “compact” cinema lens. Bigger and heavier than a comparable stills lens, but significantly smaller than a standard cine lens. A smaller size has its pros and cons, which I’ll touch on below. Both focus and aperture are geared (standard .8 mod), and the aperture ring is “de-clicked” for smooth adjustment from T2.2 – 22.

The Meike is all metal, and it feels well made. Solid, but not overly heavy. It mounted without play to both my Pocket 4K and GH5. Lens marking aren’t machined, so over time it is possible that they could wear off with heavy handling. I could do without the faux Canon red ring, but I suppose it is better than the giant orange VEYDRA logo plastered on their lenses.

At 89mm long, and 80mm diameter, the Meike lens is definitely compact by cinema lens standards. The front is threaded for 77mm filters.

As I eluded to above, a small lens is a blessing and a curse. While a smaller lens helps to keep overall rig size manageable, and is easier to balance on a gimbal, it canbe more difficult to manipulate.
When I attempted to attach a follow focus, I was immediately hit with one of those difficulties. Because the built-in “hood” is so close to the focus ring, I could not mount my FF on my preferred right side. Luckily, it was able to mount on the left, but this required me to locate the FF on the most crowded side of the Pocket 4K.
Speaking of the focus ring, the lens has a nice long throw of 200% from 10” to infinity. It is smoothly dampened, and feels good either grabbing it directly or using a follow focus.
Thankfully there are focus marks on both sides of the lens, but I wish the same were also true of the lens size and aperture markings.

No matter how good a lens feels, if it doesn’t look good, it’s not going to get used. “Good” is very subjective, though. Some of my favorite lenses are objectively flawed, but I like the flaws. So those flaws get labeled as “personality.” Others might not like that personality. The Meike isn’t a lens with a lot of personality. It has a look I can best characterize as “transparent”. It gets out of the way, faithfully reproducing what is in front of it with a minimum of interference. Some might consider that boring or soulless, but I consider it flexible. Lenses with a lot of character are fun, but transparent lenses are workhorses. It’s a lot easier to tweak transparent lenses with filters and in post than it is to try to fix a flawed lens after the fact.

Note how the Meike is just tad wider than the Lumix.

As should be expected of what is effectively a 50mm lens on a M43 crop, the Meike has very little distortion. 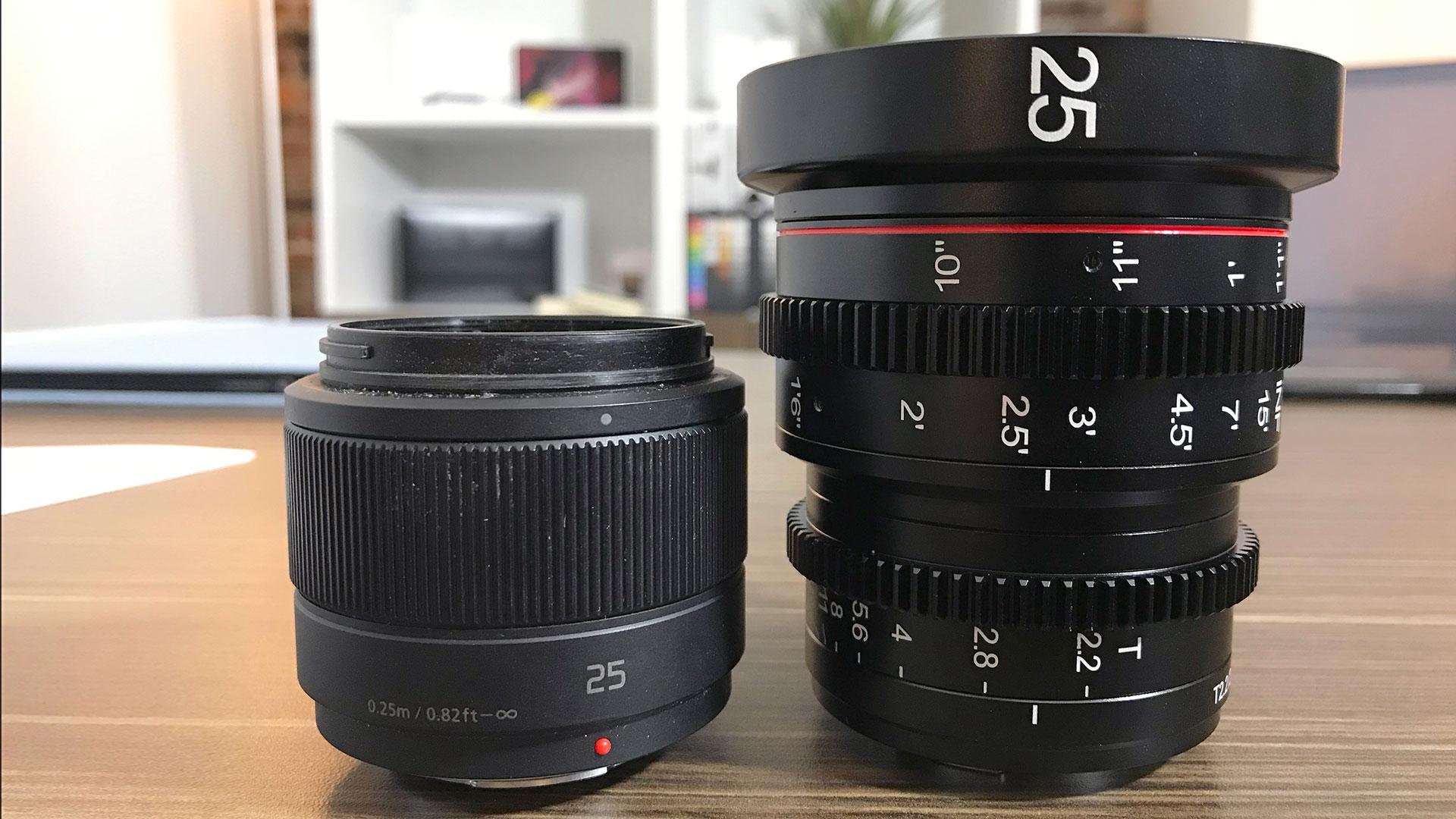